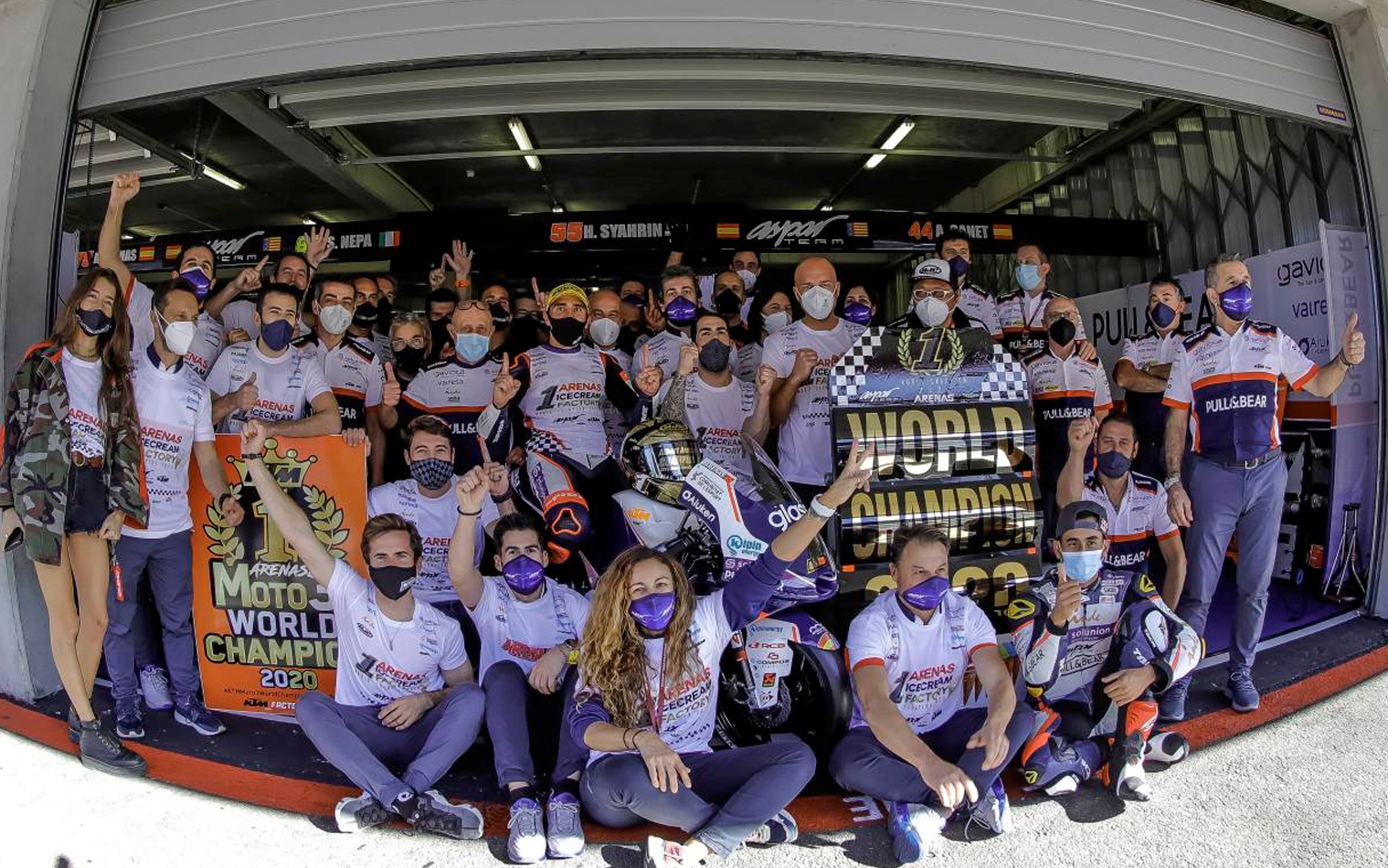 A championship in which, after 15 races, the first three classified have been separated by only 4 points and has been decided in the last meters of the last Grand Prix, cannot be described in any other way than exciting, extraordinary, intense and highly disputed.

The race that closed the season in Portimao had us in suspense until the checkered flag fell, it put our hearts to a thousand per hour and on the verge of a heart attack and the emotion was on the surface seeing how Albert Arenas achieved the desired number 1 world in a test in which I almost lost my voice narrating it for DAZN with Ernest Riveras who was absolutely unchained and it was very difficult for me to remain seated in the chair of the commentary booth.

Precisely what happened in that last appointment of the year, makes Albert more deserving of the title and gives more value to what he has achieved after a season in which perseverance has not accompanied him due to some circumstances that, on occasions, have not been attributable to him after achieving three victories and a second place in the first five races.

Arenas deserves the crown more than anyone. He was the fastest driver. He is a professional who takes care of his preparation and details like no one else and also, he is an excellent person, a guy who is very worthwhile.

In addition, with the new Moto3 World Champion, I have a special affinity and complicity since, after the bicycle accident he suffered at the end of March 2019 in which he was about to lose his spleen, he contacted me so that I could advise him and pass on my experience in this regard, because in the fall I had in Donington at the beginning of July 1998 I damaged that organ and they had to remove it. This circumstance makes me happy, even more so for your successes.