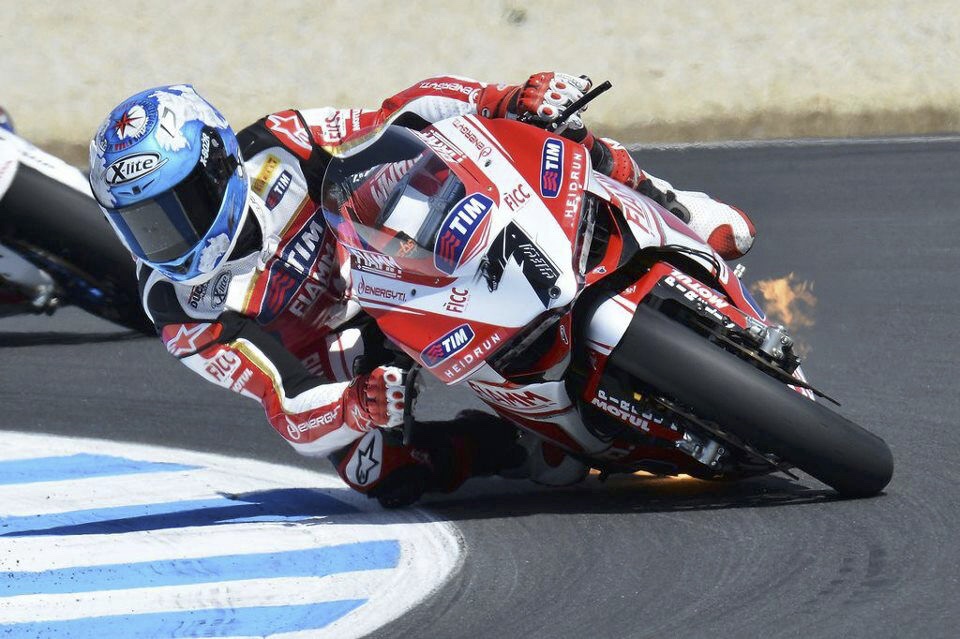 The achievement of the 2011 World Champion title marked the beginning of the final leg of my path as a professional pilot. After competing for two more years and after 20 years of sports career, the time would come to put the final point.

The goal for 2012 was none other than to repeat the title, but it could not be. Reasons? Various and of a different nature. On the one hand there was the technical limitation that the organizers of the Championship imposed on us because they had won. My motorcycle was carrying 6 kilos of extra weight! To all this the new tires were added, that the model already had one more year and that the competition continued evolving its motorcycles.

From a purely personal point of view and with the perspectives given by time, I think that perhaps I relaxed something after having obtained the title and also made some mistakes.

In spite of these circumstances, the season was positive and the truth is that it started frankly well despite the fact that in the inaugural event of Phillip Island there was everything: fall and fright in the first race and victory in the second. To the triumph in Australia, the two of Imola joined in the second scoring event. The numbers were favorable, but we were all clear about the difficulties.

In Assen things began to twist and good performances mixed with falls and breakdowns. Anyway, I finished fourth in the Championship and was one of the main protagonists of the season.

Meanwhile, Ducati staged the Panigale. A new and beautiful motorcycle with a spectacular appearance, but that had many deficiencies of youth, was very little competitive and needed a lot of work and kilometers to get fit.

Possibly, the fact of seeing that the material of the following year was not competitive at the start, already made me seriously assess the possibility of withdrawal. Once again, my will led me to continue only if I had a chance to win.

Finally the environment ended up pushing me and convincing me to continue another year because, in addition, I was seduced by the idea of ​​growing a motorcycle again until I was a winner despite knowing that the difficulties would be many.

And the worst omens ended up being fulfilled. In 2013 I did not visit the podium or by chance, we were fighting throughout the season with the bike to try to make it competitive but nothing went well. I couldn’t even finish the season because of a medically poorly resolved hip fracture. Undoubtedly, all this ordeal made it easier for me to withdraw and dispel the doubts I had because, suddenly, I wanted to leave everything, to put an end to it, to end that season’s nightmare.
It was not easy at all, but it was easier than I had imagined. I put the end point to two decades competing in all categories and with all brands; growing, enjoying and doing something that I was passionate about. Besides, I was and I will be very proud of my career, of everything that has been achieved since, for the first time, I put my right hand on a gas fist with the sole purpose of having fun.

I had a lot of fun, I also suffered, but I have always tried not to stop growing, working, or sharing my emotions and my dreams with the millions of fans who have followed me over 20 years.

I have always been and will be grateful to the many people who have helped me in my sports career and have been by my side at one time or another. There have been many and all deserve my respect and thanks. Without them I had not succeeded.