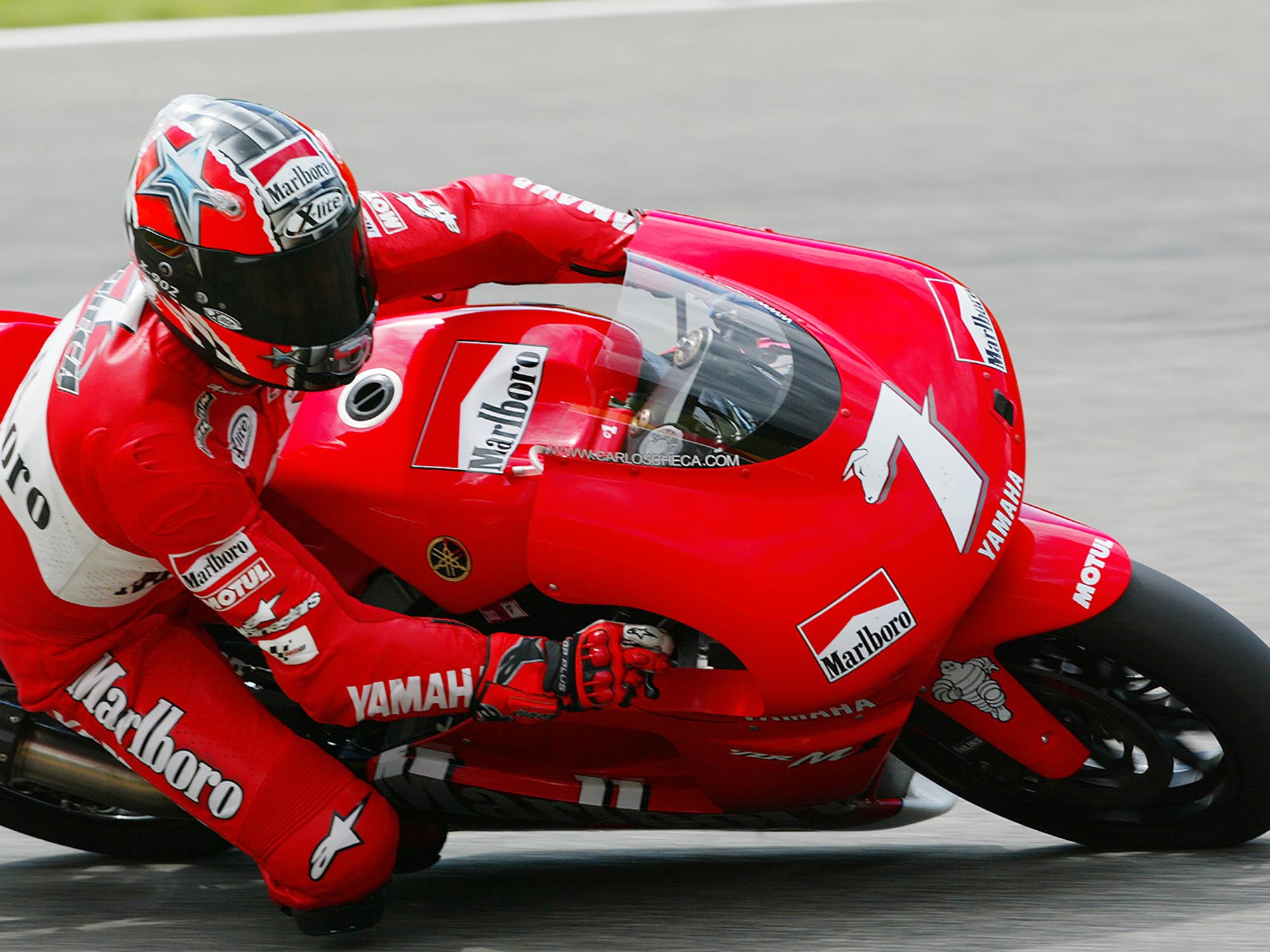 They say that after the storm there is always calm and this happened after being on the verge of death in 98. The change came to the official Yamaha team. But this was not going to be the only novelty in the medium term. The four times of MotoGP were knocking on the door.

I needed a change of air after everything that happened in 1998 and the change came as a hurricane air that raised me to the top of the category. I joined the official Yamaha team; A spectacular structure with a historic and prestigious sponsor like Marlboro, a teammate like Max Biaggi and my good and appreciated friend Wayne Rainey as top manager. Mike Webb, the current MotoGP Race Director was the technical manager of my motorcycles and the entire team was Anglo-Saxon. In fact, they didn’t let me incorporate anyone I trust, but they were all great professionals. The first year was recovery, adaptation and integration. I was coming out of the post-Donington shield hole, the bike didn’t make it easy for me or Max, and there were many falls. I started the season, with a second place in Sepang, but it was a complicated and hard-working year whose fruits we would pick up the next season.

On May 26, 2000, at the conclusion of the sixth Grand Prix of the season held at Mugello, I was the new leader of the 500cc World Championship! In six great prizes he had accumulated four second positions. The truth is that things went wrong in the end because the wear and tear took their toll and ended up taking me away from the fight for a title that I had felt worthy of or, at least a firm candidate during the first half of the season. Without a doubt, it was the year that he could have won the Championship.

The following season was already the last of the 500cc bikes. We all had the head in the four times and the new category and this was reflected on the track with an irregular year that included three podium finishes. In Brno we tested the MotoGP Yamaha, which at first seemed very powerful but still very basic. It was necessary to work a lot on the rear axle and its tire due to the greater power and to understand perfectly how to optimize the electronic management, a very open terrain and with a greater margin of development. What was clear is that there was potential and a long way to go that had nothing to do with the two-stroke and the 500cc.

For the first season of the “fat bikes” that instead of whistling, snored, you can count on as Chief Mechanic with a very good friend and professional, Antonio Jimenez. An exciting and intense year awaited us, which would start fighting for pole in Japan and finishing with third place one weekend in Suzuka when I started 4 seconds behind the fastest and telling Antonio: “if I try to go faster , I hit it !! ”. By then it was clear that the Honda had a lot more work behind it and it was a more competitive bike, but, the truth is that we defended ourselves very well on a good number of occasions, getting on the podium three more times and achieving pole position in Portugal. Every weekend new changes were made and there were different evolutions so, sometimes, we lost the way of tuning. The work piled on us, but at the same time it was exciting to grow the bike race by race.

Max Biaggi left in 2003. Marco Melandri arrived and the year was marked by the intensification of the tuning work, the obvious improvement of the motorcycle and the lack of constancy despite being ahead in a good handful of occasions.

But, undoubtedly, that season was marked for everyone and, of course, for me, for the death of Daijiro Kato in Suzuka. Kenny Roberts Jr. just passed me and rolled with the Japanese in front of me, when shortly before I reached the chicane, he lost control of the rear wheel of his motorcycle, changed direction and went against the base of the wall of concrete. It was a tragedy that I lived from very close and that, without a doubt, left a terrible mark on us all.

After the end of the 2004 financial year, the great change of the category has arrived so far. Valentino Rossi joined Yamaha by sharing equipment with me and the brand greatly reinforced his competition department. To share a box with him, what surprised me most was his great ability to always give something else. For me, it was a lesson about the limits and the importance of the pilot in this aspect to make a difference outside the technology. A pole and a podium were my best rewards.